It has taken three decades for the BBC and the British film industry to tell the amazing story of Mark Ashton. 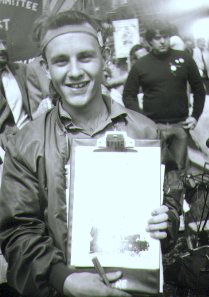 Thirty years is a long time, indeed a good few years longer than Ashton’s tragically short life — a life cut short by Aids at just 26 in 1987.

Mark, a mercurial young Irishman, was a gay rights activist and a founder member — some would say the founding member — of Lesbians and Gays Support the Miners (LGSM) during the epic miners’ strike of the 1980s.

LGSM came together to support the British miners during the year-long strike of 1984-5. 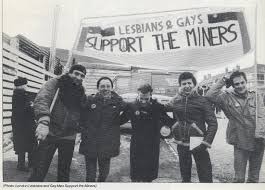 There were 11 LGSM groups throughout the country. London was the largest.

The new film Pride is sure to be a great hit. It is already getting rave reviews and goes on general release tomorrow. 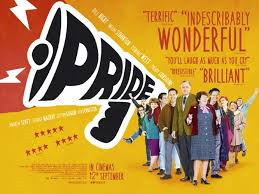 I loved the film. It made me laugh and it made me cry, but I’ll leave a full review to others. There is a more important story to be told.

The film is about two tough parallel working-class struggles. First the fight by lesbians and gay men in the ’80s against homophobic prejudice, street violence and against the horrifying threat of HIV-Aids.

The other battle was that of Britain’s miners to stop Margaret Thatcher and her government killing off their industry and their union.

This was a time when Sir James Anderton (below, with beard), then chief constable of Greater Manchester Police, made the homophobic judgement that gay Aids sufferers lived in a “human cesspool of their own making.”

On striking miners he was equally crass. He described mass picketing and street demonstrations as “acts of terrorism” and trade unions as “a politically motivated industrial mafia at work.” 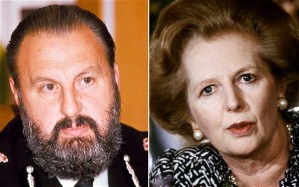 He should have been sacked, but Thatcher ( above, no beard) knew she needed reactionary police allies like Anderton in her battle to destroy British trade unions, starting with the miners.

In this historical maelstrom Ashton was one of the first to realise the connection between two groups both under attack from bully Thatcher, her savage government and her tame and reactionary police.

Ashton told his gay activist friends: “Mining communities are being bullied like we are, being harassed by the police, just as we are. One community should give solidarity to another. It is really illogical to say: ‘I’m gay and I’m into defending the gay community but I don’t care about anything else’.”

Thatcher, of course, also had the unwavering support of Rupert Murdoch and his awful homophobic and anti-trade union excuse for a newspaper, The Sun.

The paper’s headline-writers certainly linked the two groups in what must be one of the most disgusting headlines ever written. “Pits and perverts” it screamed in huge type on the front page.

The Sun clearly intended to undermine the striking miners’ cause and ridicule or belittle its support from lesbians and gay men. In fact they ended up having exactly the opposite effect.

The so-called perverts appropriated that headline as the title of a massive fundraising event organised by Ashton’s LGSM at the Electric Ballroom in Camden, London. 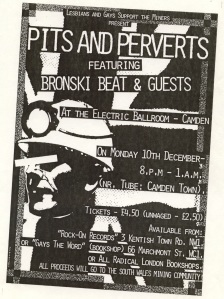 The concert itself was a huge success — raising £5,650 (the equivalent of more than £20,000 in today’s money) for the striking miners and their families in south Wales.

At the concert David Donovan, from the Dulais NUM, told the 1,500-strong, mostly gay and lesbian audience: “You have worn our badge, ‘Coal not dole,’ and you know what harassment means, as we do. Now we will pin your badge on us — we will support you.

“It won’t change overnight, but now 140,000 miners know that there are other causes and other problems. We know about blacks and gays and nuclear disarmament, and will never be the same.”

The fundraiser was headlined by Bronski Beat, whose lead singer Jimmy Somerville (below) would go on to form The Communards, a group who would record For A Friend, Somerville’s personal tribute to Ashton. 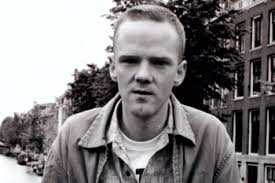 “Summer comes and I remember how we’d march

We’d march for love and peace, together arm in arm.”

The new film Pride tells a good story and tells it well, but although one of its main themes is coming out of various closets it is sad that one important closet door remains firmly nailed shut.

Ashton was many things, but he was first and foremost a communist. He never hid that fact.

Sadly the film doesn’t mention what was one of the most important factors that guided and inspired Ashton in all his actions.

I knew, and worked, with Ashton during the miners’ strike when he was general secretary of the Young Communist League (YCL).

It is sad, but perhaps predictable, that the BBC has edited Ashton’s membership of the Communist Party and his leading role in the YCL out of the storyline completely.

I was proud to work with Ashton and other communists raising money and support for the miners.

The savage Thatcher government had sequestered the funds of the NUM which meant that it was pointless for supporters to send donation via the national union. 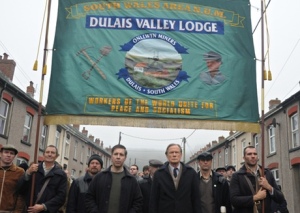 They had chosen that particular colliery after meeting some reluctance to accept their support from other miners’ groups.

Ashton and his LGSM comrades raised an amazing £20,000 for the strikers as well as visiting the Welsh pit village in solidarity and to deliver money, food and others supplies. They even bought a minibus for the village. (Below) 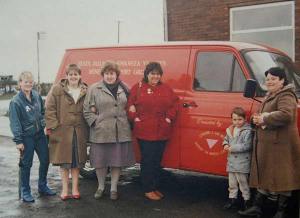 The alliances which Ashton and his campaign forged between LGBT and trade union groups proved to be an important turning point in the development of LGBT struggles and issues. 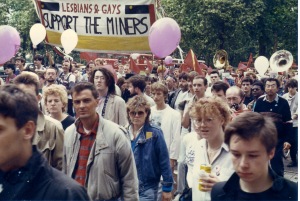 That same year, at the 1985 Labour Party conference in Bournemouth, a resolution committing the party to support LGBT equality rights was passed.

The issue had been raised and defeated before. This time unanimous support from the NUM won the vote against fierce opposition from many on the Labour Party national executive.

In 1988 the NUM was among the most outspoken allies of the LGBT community campaign against Section 28 — an attempt to ban any mention of homosexuality in schools. 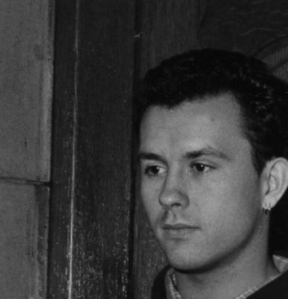 His premature death prompted a tremendous response, not just from the gay community but also from the left and the labour movement in general.

Red, pink and rainbow flags and miners’ union banners all fluttered at his impressive Lambeth funeral.

His memory lives on in the Mark Ashton Red Ribbon Fund. His name is still honoured in the ex-mining valleys of south Wales and now the film Pride will introduce at least some of his story to a massive new audience.

Go and see it. It will make you laugh a lot and cry a little, but more important it will inspire you to action — and that is the only legacy communist Mark Ashton would ever have wanted.

This article first appeared in the Morning Star 11 September 2014

A still from the new film Pride. 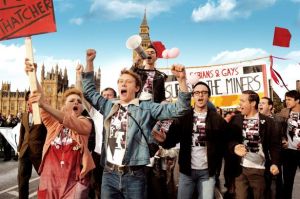 One thought on “Mark Ashton, Pits and Perverts”